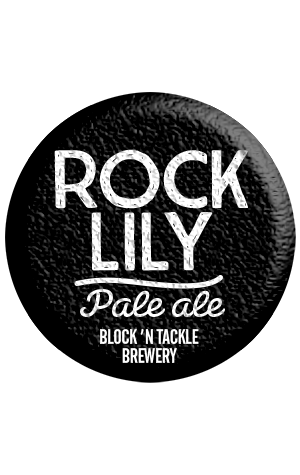 The area around Block ’n Tackle’s Kincumber brewery was once a hub for ship building and one of the most noteworthy figures of the industry was one George Frost. When his shipyard closed in the early 1900s, the last vessel to pass down the slipway was the SS Rock Lily. In order to keep this part of local history alive, Block ’n Tackle decided to name their pale ale after it. It’s an all-Aussie affair with locally-grown pale and Munich malts doing the legwork, a touch of Crystal malt adding sweetness, some oats rounding out the mouthfeel and the Topaz and Vic Secret hops bringing fruity and bitter characters. That it’s gone on to become the brewery’s biggest seller suggests the SS Rock Lily won't be forgotten in a hurry.