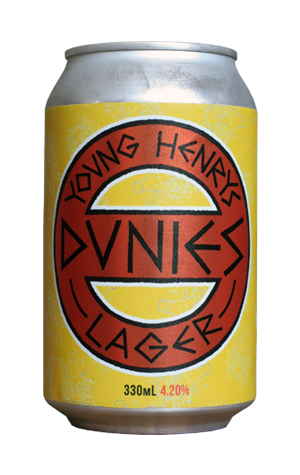 It all began with a bet. Through an ever expanding network of top Aussie bands they can count as friends, an offer was put forward by Young Henrys to Brisbane band Dune Rats saying that if their new album made it to number one on the ARIA charts they’d brew a beer with and for them. Sure enough, The Kids Will Know It's Bullshit, the band's collection of stoner rock tunes made it to the top of the pile so it was time to get busy brewing.

What might you need to know about the resulting beer? Well, it’s a lager, it’s got a bunch of American hops, it’s made with hop hash too – read more about that here – a combination that gives the beer a citrusy, grapefruit bite. It also clocks in at a totally coincidental 4.20 percent ABV...

the beer's been put in tinnies for the band’s forthcoming tour – almost as if they created and packaged the beer for the purpose of throwing it down at a gig right before you hurl yourself in the mosh pit. Yew!