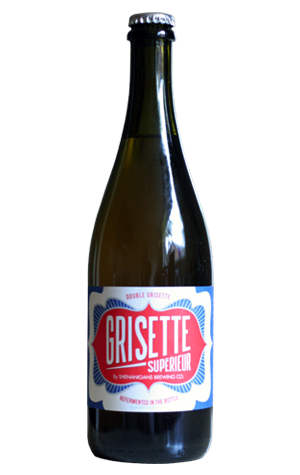 Back at the beginning of 2014, a couple of well known Sydney home brewers launched a new brewing company called Shenanigans. The beer they chose to launch with was Grisette, a Belgian farmhouse style ale that, if nothing else, gave an indication that this was not going to be a business plying its trade on easy drinking golden ales. True to form, three years on Shenanigans has amassed a massively diverse back catalogue of beers which can count in their ingredient list the likes of ghost chilli, mango, coffee, jasmine, hibiscus, coconut and lime, amongst many more. For the way they’ve been able to consistently use those unusual ingredients to make well balanced beers – plus the odd straighter release like Winston, which remains their only year-round beer – Shenanigans has forged a reputation as one of the city’s most interesting and respected gypsy brewers.

For the occasion of the company’s third birthday, the brewers opted to dig back into the archives for inspiration and make something a bit special: a reimagining of that first beer – only bigger and better in every way. Grisette Supérieur is thus a farmhouse style ale, though it’s got more of a local touch thanks to the use of single origin malts from Voyager, the rising small scale growers from the Riverina in NSW. In terms of hops they went for Australian Galaxy and the less familiar Barbe Rouge variety from France, while an addition of Saccharomyces and Brettanomyces yeasts – combined with a few months of conditioning before the March launch – would ensure things got a little funky.

The resulting beer pours a hazy straw colour with a fluffy white head; the aroma is pungent with Brett and aided by a touch of pepperiness; on the palate there’s a lot of lemon underpinned by a woody, tannic quality. While there’s a great deal of complexity contained within a bottle, it is a clean, dry and strangely refreshing beer that retains a high degree of drinkability while masking its highish ABV. In short, Grisette Supérieur is interesting, beautifully balanced and befitting of a celebratory birthday brew. Of course, we’ve come to expect nothing less.