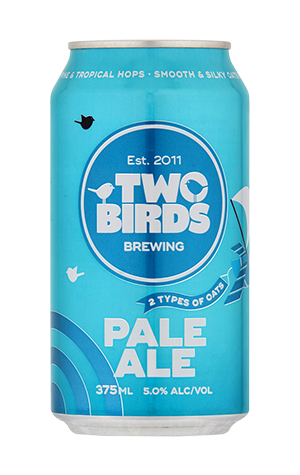 Two Bird's Pale Ale started life as, Oaty McOatface - a name even the most out-there breweries probably wouldn't stick with for a core range beer. But to this day you can still see remnants of the original beer, with Pale's design featuring a small flying sailboat piloted by a bird.

Originally brewed as a draught only release in late 2016, the beer itself has been slightly tweaked since and features two types of oats and an American and Australian hop bill. The result is a very pale beer dominated by tropical hops (aroma and flavour wise) with a little sherbety sweetness, a full body that stops short of being creamy and a finish that's more dry than bitter.