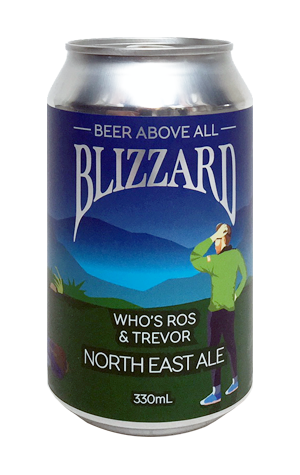 Victoria's High Country brewers have access to some of the country's largest hop farms. And they tend to take advantage when the harvest comes around, just as Blizzard has done with its fresh hop beer for 2017, one that name checks the Rostrevor Hop Gardens from which they sourced Galaxy hop cones. They're calling it a "North East Ale" to place its provenance clearly in the brewery's home region too.

Initially a one-off, draught-only release, the beer has become something of a regular, featuring a single malt variety as well as the single hop. It's a hazy, pale gold pour in which we picked up aromatics reminiscent of Belgian pales, including some perfume like pink peppercorn characters.