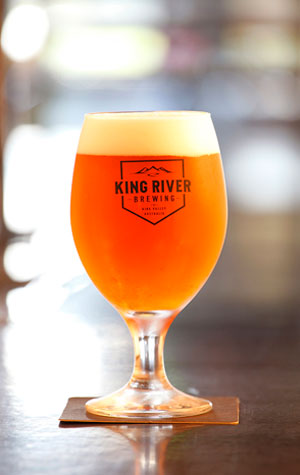 King River brewer Nathan Munt only intended to brew his IPA as a one-off. Then one of the local pubs put it on tap, discovered plenty of locals taking a liking to it and people power won out. Thus there's a good chance you'll find it pouring at the brewery whenever you visit.

Nathan has said it's not that IPA an IPA; in other words, it's not a beer that's going to take a bat to your palate and beat it into submission with bitterness and it weighs in at less than 6 percent ABV too. But it's in good company with those characteristics, choosing instead to deliver plenty of tropical hops balanced by malt sweetness that keeps any bitterness in check.