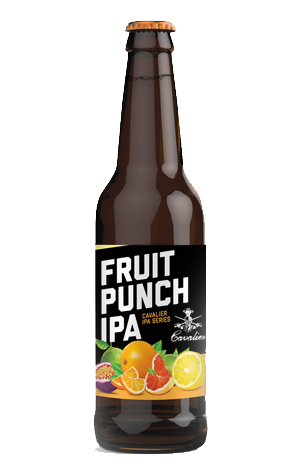 While Cavalier has released its Double IPA on occasion and a handful of one-off specialty IPAs over the years – black with coffee, Belgian, last year's debut of hyped hop Idaho 7 in Australia, for example – the Melbourne brewery hasn't put the same focus on the style as many of its peers. But that's set to change with the launch of a new IPA series.

First up, they're getting involved in the haze craze via New England style IPA Fruit Punch. If you'd like to know more about the style, you can check out our recent article here. Alternatively, you could hunt down a bottle of this beer. According to the Cavalier crew it comes "loaded with fruit driven hops", namely Citra, Mosaic, Galaxy, Cascade, Amarillo and "a couple of others thrown in to make our hop gun work it’s ass off". So, while we've yet to have a taste, it's safe to say you'll find it on the hoppy side...

And other good beer outlets on the East Coast