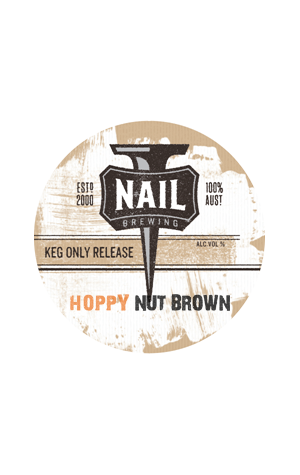 They're cranking out the limited release, keg only beers at Nail Brewing right now. The latest to make its way steadily onto taps across the country from WA is the Hoppy Nut Brown Ale, a beer they've designed to ease beer drinkers into winter.

Described as a "happy combination" of something dark and something for those who are stinging for hops, it's a 6.5 percent ABV brown ale hopped with one of the brewers' favourite hops, Citra. The result, we're told, is "an easy drinking brown ale that has smooth chocolate and sweet nutty notes with a citrus flavour bomb thrown in".

It's set to be the first of an annual release, with less than 100 kegs winging their way around the country.

And a growing number of good beer outlets across Australia