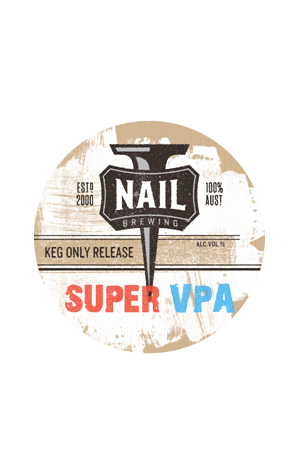 Nail has had a habit of brewing pairs of beers. Its core range Oatmeal Stout has Clout as its big brother. The brown ale has a HUGhE bigger relation. The Red Ale has Red Carpet keeping it company. The last of these was brewed for GABS in 2016 and, for this year's festival, the WA brewers gave the supersized treatment to their VPA, taking what was the Very Pale Ale and turning it into the adverb-heavy Super Very Pale Ale.

The original VPA, one of two Nail beers currently in cans, makes exclusive use of El Dorado hops to create really juicy citrus and passionfruit aromas and flavours. Here, even more El Dorado is used alongside freshly peeled lemon and lime peel. With GABS done and dusted for another year, in Australia at least, kegs are hitting taps across the country, starting in the west and moving east.

And other good beer outlets in WA