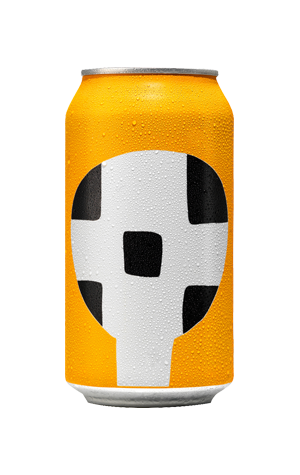 For all that they've sent their beers out into the world in the fanciest of bottles (until now, at least) and adorned them with John Kelly's artwork – not to mention being part of the Tasmanian empire that includes MONA – they've never been ones to get florid with naming conventions at Moo Brew. Thus, to the lineup of Pilsner, Hefeweizen, Pale Ale, Dark Ale and Stout is added Session Ale (originally called Mid Strength).

It was launched at Dark MoFo 2017 – where Moo also unveiled the full range of its beers in cans – and shares many traits with the brewery's others, predominantly being clean and tightly wound. It's a bright copper pour and, while the can comes with a downplayed "MALT AND HOPS. IT'S JUST LIKE DRINKING REAL BEER." message, you'll pick up some tropical aromas that move it away from the mainstream. They're not overpowering, however, instead there to add appeal to an easy-drinker with a not insignificant drying bitterness.

Update: The can's since been redesigned and the brewers seem to have worked out how to squeeze even more tropical fruit character into it, leading to the nickname, "Tassie Mango".