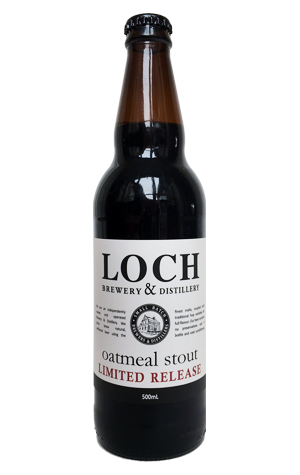 At least until their range of boilermakers and barrel aged beers are ready to roll, don't go expecting anything too wild to come out of this most traditional of breweries (and distilleries). Even then, we shouldn't expect to find anything too unusual in Loch's beers, just experiments to see where you can take flavour with little more than old school hops, malt, water and yeast – and a spot of oak.

Thus, for its 2017 winter seasonal, Loch has released an update on its 2016 winter seasonal: an Oatmeal Stout. It's soft and silken on the palate, balancing a touch of chocolate sweetness with drier, earthier roasted characters to create a sessionable stout – even at 6 percent ABV – to ease you through the long, cold nights.