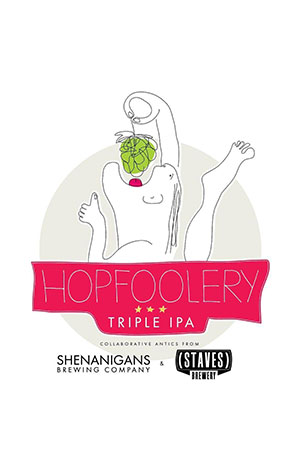 Ask people to name the beer style that's most difficult to make well and many will say lager. It’s an argument grounded in logic: with such subtle and dainty flavours, there’s simply less room to hide faults in lighter beers. But to brew a well balanced beer at the other end of the spectrum, where the flavours are so intense and the alcohol so strong, is just as much of a feat. In some cases, where the recipe suggests the flavours may be too overt, the brewer will perform a few tweaks in order to shift the balance and make it more easily drinkable – an undoubted skill in itself.

Yet there is an accompanying school of thought that making such big beers clean, lean, less bitter and more approachable is not the righteous path. Shoehorning what ought to be an outright sipping beer into being something that is “sessionable" or “smashable”, it is reasoned, plays into the idea of enabling people to consume more than they perhaps ought to – an act for which Australians generally need little extra encouragement – and which runs contrary to that unofficial craft beer ethos of “drink less, drink better”. What should be done instead, say the proponents, is to not hold back at all – just let the drinker run headfirst into a wall of flavour and allow the beer to do the job of being self-limiting.

This is an argument about as clear as the New England IPAs upon which some of the blame for the above is placed. It is also not meant as an indictment on beers that are so well made that you want to have more than one, nor does it seek to confuse balance with the idea of sessionability. Nonetheless, it is a point of contention and one the brewers of Staves and Shenanigans allowed to swirl around the brewery as they approached their collaboration. And this is the beer that emerged from their cartoon dust cloud of divergent ideas.

It is a triple IPA that weighs in at 11.3 percent ABV and raises a stiff middle finger to the idea of subtlety and sessionability – a showcase of big American hops: Centennial, Citra, Columbus and Simcoe plus a bit of Pacific Jade. They said they wanted drinkers to feel like they'd been punched in the face, but in a good way – a Fight Club style of reward. And what that ends up being is contradictory. It is unashamedly bold and bitter, but also balanced. It is wildly strong yet leaves an impression you could have more than one. It is a beer that’s a little philosophical, more than a little ironic and, above all, rather delicious. Hopfoolery indeed.