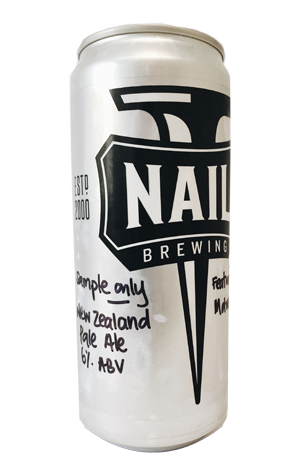 Nail Brewing continues its 2017 draught only releases with this New Zealand Pale Ale, the name a nod to the South Island-grown Moteuka hop. It’s another example of the Bassendean brewery’s push into New World hops following recent beers featuring the likes of Galaxy, Astra and Calypso, not to mention the pineapple and tropical El Dorado hop driven VPA, currently Nail’s best selling beer and a long way from the Pride of Ringwood focused Nail Ale upon which the brewery’s legacy was founded.

The Moteuka delivers grassy characters, tropical aromas and pan-citrus vibes – lime and lemon meringue if you go looking for it – while bitterness is firm but not overwhelming and the Nail standard issue 6 percent ABV is sure to loosen tongues during post-work frothies.

With a wider release, this could become a go-to beer on taps around Australia as it occupies a solid middle ground between craftier aspirations and the reality of serving a crowded pub full of subjectivity. Indeed, it's very much a modern Australian pub beer.

A limited number of kegs will be available at good venues and growler filling retailers from this week.