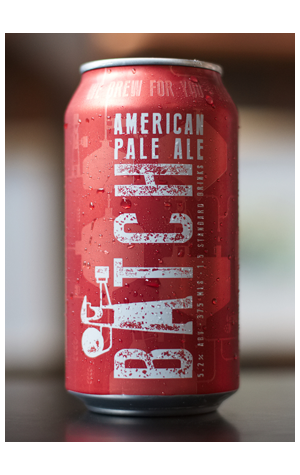 Considering Batch was founded by a pair of American ex-pats, it’s perhaps little surprise that the first beer they ever produced was an American Pale Ale. It’s also the only beer to have been continually produced at the brewery since those early days, a dependable pillar to fall back on as an ever expanding array of one-off releases came and went on a seemingly weekly basis. The beer itself is meant as a showcase of Cascade hops, which it uses exclusively and at several points through the brewing process. What you can therefore expect is something that’s clean, plump with citrus fruit characters and has a pronounced bitterness to go with a slightly dry finish.