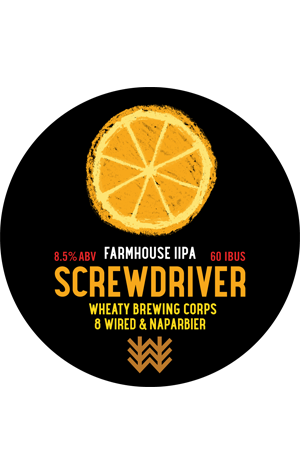 When a 5kg brick of Belma hop hash landed in her lap, Wheaty Brewing Corps founder Jade Flavell was elated – and for more than one reason. Firstly, neither she nor her collaborators (Søren from NZ's 8 Wired and Juan from Naparbier in Spain) had used hop hash before, while Belma is a relatively new hop variety she hadn’t played with before either, thus creating the opportunity to design a recipe showcasing a certain product.

They decided upon an imperial IPA SMASH beer (Single Malt And Single Hop) to ensure the Belma shone through. Two different yeast varieties were used: French Saison to create a dry finish and Californian Ale to keep the beer true(ish) to the IPA style. The brick was added in the kettle, the whirlpool and for dry-hopping, in flagrant disregard of the "use sparingly" warning.

Intense melons explode (see below) from every part of this beer, in the form of a perfume of rock melons merged with oranges in the beer's fruity bouquet and strong melon flavours later on. Definitely a hop driven IIPA, yet one with a delicate balance that means the 8.5 percent ABV isn't in your face.

Thanks, Matt. Should paths ever cross with Wayne Coyne again, this will be suggested as a future Flaming Lips song/album title.