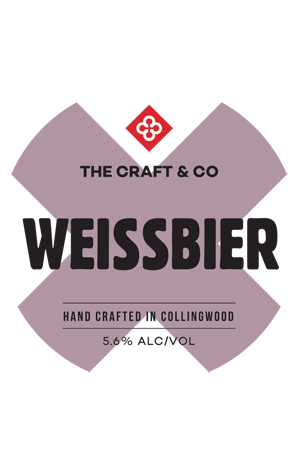 For its second Oktoberfest release in 2017, The Craft & Co looked to one of Bavaria’s other famous styles, the weissbier to join the Marzen on tap. Created with a blend of two different yeast cultures and fermented at a fairly high temperature, it’s a beer primarily about yeast-driven flavours. Here, primarily that means clove, with a light, peppery spiciness becoming more prominent over time.

While there's also some banana like character present, it’s restrained, adding a soft sweetness to a beer in which high carbonation and low bitterness unite to ensure the flavours from the yeast and malt take centre stage.