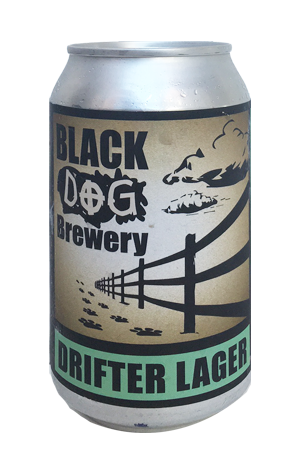 When is a lager not a lager? You could put forward a few potential answers, including this beer from Black Dog*. The Drifter Lager is tagged a "new world lager based on a German pilsner" but is one in which brewer James Booth has layered on the Aussie hops (Topaz and Enigma) like a builder with an industrial sized trowel to the point it's almost indistinguishable from many New World pale ales on the market.

It pours a bright golden with a touch of malt sweetness but the spotlight is hogged by the broad citrus and melon aromas and a sizeable bitterness, ensuring it's full of character and full of body too, albeit with a lingering dryness akin to a European pilsner.