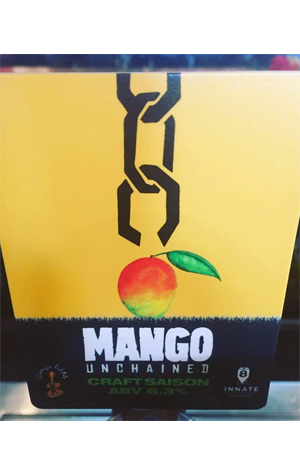 Besides a snappy beer pun - and who doesn’t like those – Mango Unchained has little in common with Tarantino’s 2012 classic. Where the auteur found bloodlust, violence and dark humour, the WA collaborators find a fruity sweetness and sociability, although both have a mischievous undercurrent – the beer is propelled by a creeping 6.3 percent ABV.

Clancy’s team members joined In8 head brewer Joel Nash for the brew day of a beer that later had no less than 30kg of fresh mango cheeks from northwest Western Australia added during secondary fermentation. As a result, this collaboration begins with mango and estery yeast aromas that lead to a very approachable beer with a slightly drier finish. While the fresh mango addition has filled out the beer, it remains balanced against the classic saison base, something that aids drinkability greatly.

Pouring at all Clancy's venues