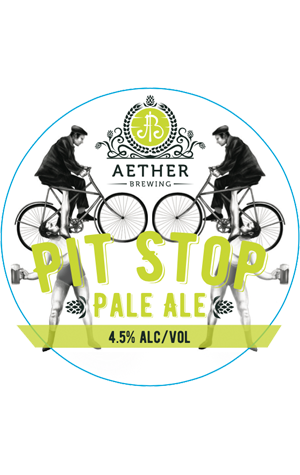 A pale ale in a brewery is like the comic relief character in a movie – not the reason you came in the first place, but might easily become your favourite part.

Pit Stop is a little cloudy in appearance, but clean drinking from beginning to end. There’s a subtle malt background, but the New World hops (Galaxy, Azacca, and Mosaic) do the lion’s share of the work, bringing a whack of tropical fruit and citrus to the aroma and flavour. A solid bitterness rounds it out, ensuring you’re not left disappointed after you’ve pulled into this pit stop.