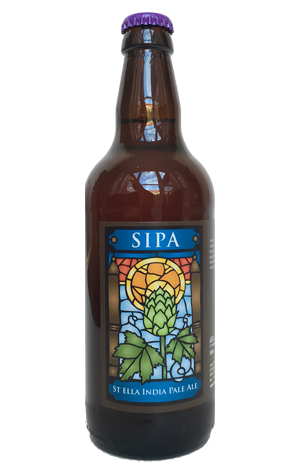 You'll find a few IPAs being brewed around the year at Seven Sheds; indeed, you'd have found the odd one there well before the style become one of the hottest properties in the Aussie craft beer world. However, being Seven Sheds beers, they're typically IPAs with both feet planted firmly in beer's past – inspired by the English IPAs of yore. That said, in the case of the SIPA, you can find some common ground with those of more contemporary leanings as the Tasmanian grown Ella hops deliver upfront tropical fruit characters.

The beer was originally called Stella IPA, as that was the original name of the hop; when AB InBev challenged Hop Products Australia, it became Ella and the beer St Ella. Aside from the hops, you'll find bold, sweet, dark fruit malts at play before the spicy bitterness wraps things up.