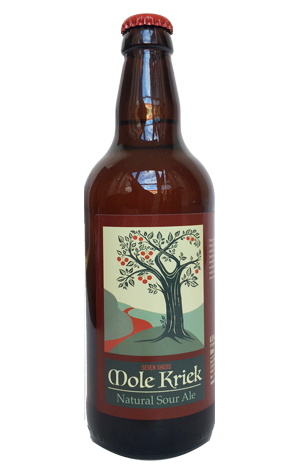 Mole Kriek is a blend, one that showcases locally sourced cherries from Mole Creek. First released in autumn 2016, the annual brew starts out when the brewing team puts 100 litres of each year’s Cherry Saison into an infected oak cask to condition for 12 months before blending it with the same quantity of fresh Cherry Saison the next year.

The result is a beer in which the acidic tang is much more subdued than you'd find in Kriek style beers (the name here appears to be more a pun than a style denomination), with the new season saison softening the sharpness of the souring bacteria and masking some of the barrel injected funk too. The cherries add both aroma and flavour to what's something of a gateway beer for newcomers to the world of sours.