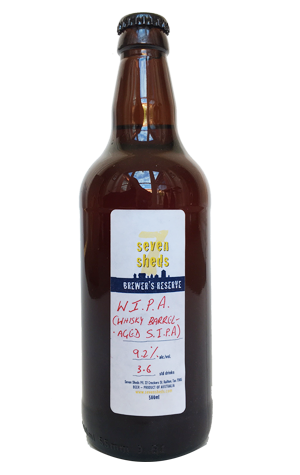 For this beer, Seven Sheds took some of their St Ella IPA (SIPA) and aged it in whisky barrels from Lark Distillery and, boy, has it turned out a treat. First poured at the 2017 DARK MOFO festival in Hobart and available in tiny volumes at the brewery's cellar door, it's departed the realms of IPA and moved into barley wine territory.

There's a Brett like ripe pineapple fruitiness, lots of oaky vanilla character and a whisky enhanced juiciness to be savoured amid its creamy body. And, despite all that and its nigh on 10 percent booze content, it finishes dry as anything too. A (very) rare treat.