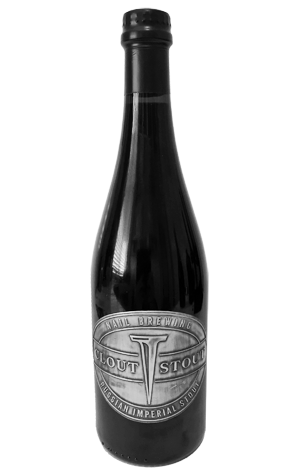 Seven years since its debut to mark ten years of Nail, some drinkers may be pondering the relevance of Clout Stout, while its limited release each year – and hefty price tag – means many won't have even tried it. The Australian beer landscape, including Nail itself, has changed dramatically since a dark beer with a mighty presence first wandered on to the nascent scene.

Sure, it’s won a stack of awards and garnered praise aplenty, with the $70 price point drawing nearly as much attention as the onyx liquid but, with contemporary drinkers more easily able to chase barrel program releases and diabetes-inducing pastry stouts, and with mixed ferment beers becoming the new imperial stouts, can Clout Stout still cast its imposing shadow? Is it still good enough? Is it still hype worthy?

Simply, yes. And there is good reason for this: his name is John Stallwood, for whom Clout has always been a personal project. There’s a particularly enticing quality about Clout’s hand packaged and infinitely tactile, embossed pewter-style label that evokes a considered experience even before you've opened it.

Sucking light from everything around it like a slab of Vantablack, in the glass Clout Stout evolves through layers of milk chocolate, bitter dark chocolate, burnt toast, chewy fudge, fig, coffee – a drinker’s diorama of flavour. This continues with a building, fortified alcohol warmth that’s complimented by a bittersweet finish. In short, it’s epic (in 2017, the strongest vintage to date) and worthy of every drop of the praise it receives.

Look out for it at specialist beer venues across Australia