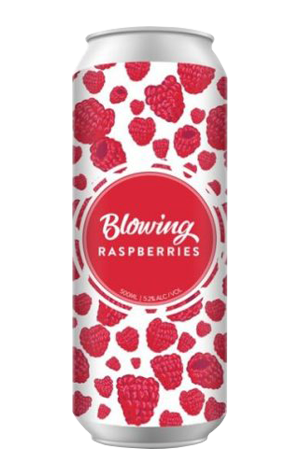 On the face of it, saison would seem one of the beer styles best suited to the Australian climate. Characteristically light and dry, with the potential to hold an almost infinite amount of complexity – which in turn makes them a great accompaniment to food – there’s a lot to love. Yet, for all its merits, the style is hardly ubiquitous, that’s despite the efforts of those that see saisons as a way to move forward; Bridge Road has long flown the flag with its Chevalier, they're the focus at La Sirène and Wildflower is bringing its take on the style to a new audience. You could argue the New England Brewing Company belongs in that same pool.

While they don’t have a year round saison, there’s seldom a time of year when they don’t have one available, their open top fermenter working through the seasons to help the yeasts become an expression of the air around the Uralla brewery. The latest in this line is Blowing Raspberries, a raspberry infused saison.

Now, seeing mention of fruit in a beer can set off alarm bells – in the arms race that is the craft beer industry today the challenge has sometimes been interpreted as how much of something can be squeezed in, rather than how balanced it can be. That’s not the case here. This is an inherently simple beer where the adjunct effect is felt with subtlety. After the saison base was brewed, the raspberries were added for a second fermentation, which has added some soft colouring, but nothing close to the real red of the berries. It carries fresh but gentle aromas of the fruit alongside light spice from the yeast while the palate offers some bubblegum characters alongside a level of funk that’s not so much strutting its stuff on a dance floor as it is standing on the side nodding in time with the groove. This is a beer that’s simple but complex, refreshing and rewarding.