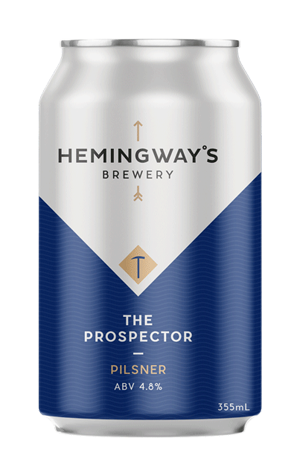 The Prospector Pilsner is the most popular beer in the Hemingway’s range: a Bohemian style pilsner designed for the Far North Queensland climate. It pours bright with a fluffy white head from which you'll be met with a wave of grassy, floral and herbal hop aromas familiar to anyone who's enjoyed such beers on their European travels (despite not using any European hops).

There's plenty of broad, herbaceous bitterness awaiting the drinker on the palate too, wrapped around crisp, cracker like malts in a package so well constructed it took out an Australian International Beer Awards trophy in 2019.