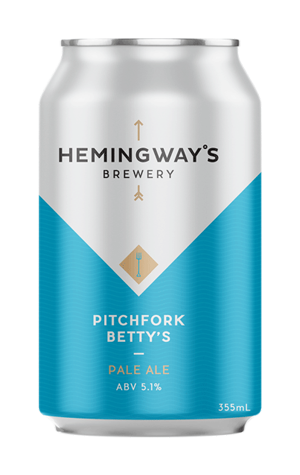 Pitchfork Betty’s Pale Ale is named after a Port Douglas publican known to wield a pitchfork against rowdy patrons. You won’t find anyone with a pitchfork in hand at Hemingway’s, but you might run into head brewer Anthony Clem who has been doing the heavy lifting in the brewery since mid-2017. Anthony has been tweaking a few recipes to make brews “more true to style” and with this American style pale ale he has dropped the bitterness back a touch so the fruity Australian hop characters shine through along with the English caramel malts. Expect strong passionfruit and pineapple aromas balanced with the sweet malts. This beer is playing a leading role in spreading the Hemingway’s word south of Cairns.