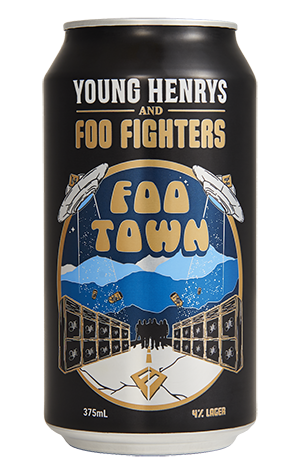 A little over 20 years ago, the drummer from a reasonably successful grunge outfit called Nirvana found himself without a gig owing to the untimely demise of the band’s lead guitarist, vocalist and chief songwriter who, in a compromised state of mind, made a serious error in judgement while peering into the exit-only end of a shotgun.

On the decidedly brighter side, the drummer – who went by the name Dave Grohl – ended up embracing the newfound creative freedom, going DIY and recording an album on which he played every instrument. To keep things on the downlow, the debut album was released under a deliberately obscure and slightly daft band name that referred to the spotting of UFOs and other unexplained phenomena by WWII pilots: the Foo Fighters. That ushered in the formation of a real band and more than two decades of relentless hit making music that melded rock, grunge and power pop while selling about 50 bajillion albums – all done with the kind of cheeky smile that comes from incessantly chewing on a packet of Footos.

To coincide with the band’s new album and 2018 tour Down Under, Aussie brewery Young Henrys pulled off a bit of a coup by being picked out to make a beer that would be served at Foo Fighter themed venues in the cities hosting the concerts and, subsequently, in tinnies across the country.

If it was a surprise they were able to team up with one of the biggest acts in the world, it perhaps shouldn’t be a huge one because the brewery has plenty of form in the area, having collaborated with a long list of top Aussie rock acts and done its best to promote the local music scene at every level from dingy pubs to full blown festivals. Besides, on the surface the two would seem to have a bit in common with their propensity for having fun and taking the piss – and, you would imagine, sinking it.

The resulting beer, Foo Town, fits in both those categories; an Aussie lager made with American hops that’s less about hitting you with rocking riffs than it is about finding a sweet melody to drink in on repeat. It’s a beer that’s actually less about the contents of the can than it is the story behind it: Young Henrys made beer with the Foo Fighters. And, whether or not you personally enjoy the band – or the brewery for that matter, that’s a pretty cool story.

Cans should start hitting the stores here from Feb 5 onwards