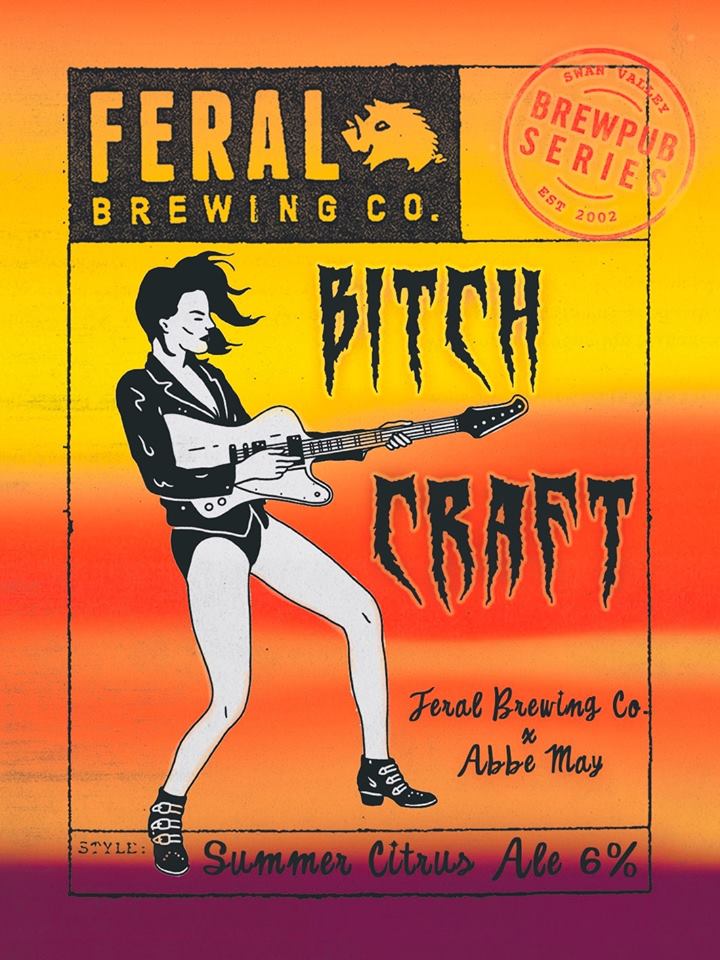 Feral Brewing has become one of the most frequent collaborators in recent times and here looks to raise the temperature with a brewing cauldron that has one of WA's most lauded songstresses stirring the pot. Named after the second track of R&B funk oozing from Abbe May’s album Fruit, Bitch Craft presents opaque orange in the glass with fresh squeezed lime, candied lime peel and lime flowers on the nose – basically, a bunch of lime variations - with some grapefruit and grassiness in there too, hardly surprising given the 10kg of lime juice and zest plus pink grapefruit added by the collaborators.

It’s more viscous than one might expect, however levity is provided by a rolling citrus that becomes almost perfume like. There's a sweet undercurrent and a hoppy bitterness that’s dried by the dash of salt added to the mix. True to head brewer Will Irving’s brewing prowess, everything is cohesive yet defined, including the 6 percent ABV that comes veiled by technique and flavour.

With haze ablaze, it’s almost confronting to be hit with both a hoppy punch and the salt addition which, as in Mountain Goat’s recent Lime Crisis, shows the ingredient’s versatility beyond the gose style. It’s something that’s on trend in the cocktail world, notably to “brighten up sour and sweet flavours, so citrus instantly gets a big lift”. Whether this was the intentional or not, Bitch Craft is refreshingly complex.