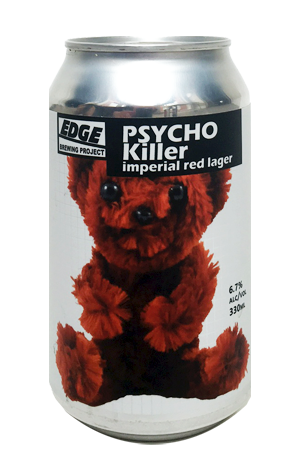 Cereal Killer is one of many lagers released by Edge Brewing Project over the years and also one of many beers not really like anything else being brewed in Australia. It's a lager that put a melange of grains and rice into the mix to create a red hued, malty beer. Psycho Killer, as the name suggests, is its bigger sibling.

It still comes carrying the contents of a health food store's cereal section plus a few specialty malts, not to mention some Aussie and Kiwi hops, but does so in a package weighing a heftier 6.7 percent ABV. As you might expect, you're met by a grainy aroma – the team here figured it's a bit bran flakes, a bit Ovaltine – while to taste it's all about the toffee and biscuit malts, underpinned by something akin to molasses or licorice. Like its predecessor, it's not like much else being brewed locally and recalls both big English bitters and dark German bocks.