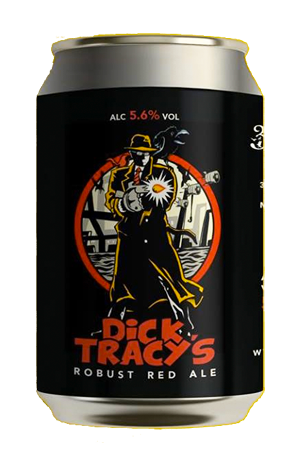 The year was 2011. Three fellas called Brendan, Lachy and Darcy had more time on their hands than a clockmaker. They brewed a beer together like witches over a cauldron: a hoppy red ale. And they’ve been thinking about it ever since. Waiting for the day they’d brew it again. Waiting for Brendan and Lachy to become head brewers. Waiting 'til now.

It poured into my glass red as a ruby and twice as precious. The smell of citrus and toffee filled my nose like Johnnies and Janes fill a speakeasy. The taste of toffee was sweet as that first kiss with a dame who hasn’t told you her name, and the dried fruit notes blended with the booze better than your favourite Christmas pudding smoothie.

They called it Dick Tracy and said it was a Robust Red Ale. But "robust" doesn’t even begin to cut it.

Like I said: red as a ruby and twice as precious.