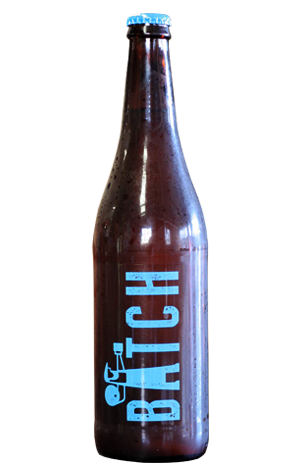 There’s common comment, if not quite lament, that too few local brewers go to the trouble of making lagers. Perhaps it’s something to do with lagers having become so common that they’re seen as boring. Perhaps it's that their flavours are too subtle compared to the bold New World beer styles. Perhaps it’s just that they take longer to produce, which pushes against commercial necessities. Probably it’s a mixture of all three.

Batch is one brewery that’s never felt locked to a particular trend, nor have the brewers been afraid to lock up tank space with a lager. As such, they’ve put out plenty of them over the years covering the full breadth of the style, though it’s hard to recall a time when, as is the case now, they’ve had three available at once.

The newest is Das Bohemian Pilsner, the brewery’s fine first crack at a traditional Czech pilsner. This is a real box ticker of a beer: super clear with a nice fluffy head, a sniff of floral Saaz hops, plenty of spiciness and herbal character on the palate and a finish that’s long, bitter and dry. It’s unlikely to be the kind of beer to set hearts thumping but it ought to get a few knowing nods from the purists.

Next on the list is Das Vienna Lager, a beer that first came out in 2017 and has appeared periodically since. It’s Batch’s Australian take on the Austrian classic and it features a considerably darker and more pronounced malt body than, say, the pilsner. What you get from that is a decent level of sweetness that rolls over the top of what’s quite a gentle bitterness and some light spice from the hops before ending with a pleasing dry finish.

Third in the current offerings is Das Roggen, a rye lager that’s been off and on at the brewery for the past two years. This feels like a fairly simple beer yet somehow it also comes across as a wholesome and hearty wee beast, one where a little malt sweetness gives way to the featured rye which in turn adds a solid spicy kick. Mandarina Bavaria and Summer hops are used to give a touch of citrus and a very subtle bitterness, but otherwise this is about showcasing the work of the dark grains. Because of the depth it offers, it’s easy to imagine Das Roggen being a versatile accompaniment to food.