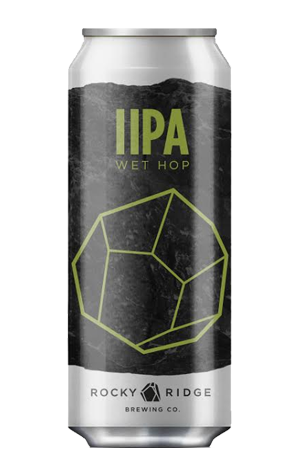 Explaining the concept of wet hop beers to a local retailer, I suggested that many such beers allow some characters and nuance to come through that may be restrained or lost once hops have been through drying or pelletising. As a result, these beers may not always be the hop bomb that some punters expect but can be an excellent reminder that beer is, at its essence, an agricultural product, influenced by the seasons not a person in hi-vis, deep in a production facility.

No sooner had I finished this conversation than I had cause to reconsider part of this statement. While it’s clear that some brewers restrict the variety of hops used in such beers in order to showcase one of two types, it's not the case with Hamish Coates at Rocky Ridge. The hop bill for his Wet Hop IIPA features “literally everything that was left in the brewery hop garden. Mostly Cascade and Chinook with some Goldings, Saaz, Pride of Ringwood, Hallertau and Flinders. Soooooooo many hops!”. Purest form be damned!

Marmalade aromas evolve into more defined citrus characters of grapefruit pith, sweet orange and mandarin. These entwine with malt sweetness before giving way to a resinous and bitter herbal punch at the three-quarter mark that lingers through the finish. Mouthfeel is more juicy than viscous and the sizeable alcohol content is barely noticeable until a creeping warmth appears, as if as a reminder to slow down and savour this year’s hop harvest via the elegant Frankenstein in your glass.