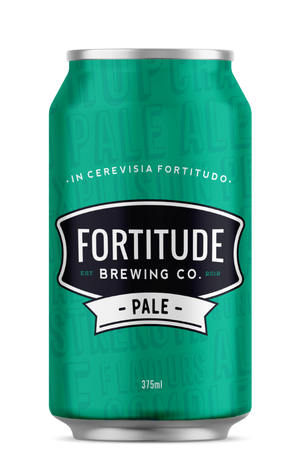 One of the very first beers to leave Fortitude's Mt Tamborine home was the Golden Ale, a beer with enough character that it could easily be slotted into the American pale ale category. More recently, a beer actually tagged Pale Ale was introduced – and is now part of the new look core range introduced in 2018 – giving them a beer that's even more of an American pale ale.

While many brewers are moving further into tropical and candied fruit territory with their pales, here's something that's more a line and length approximation of beers in the Sierra Nevada Pale Ale ilk: offering up piney, earthy hops as much as anything overtly fruity alongside a solid toasted caramel backbone and a tight bitterness.