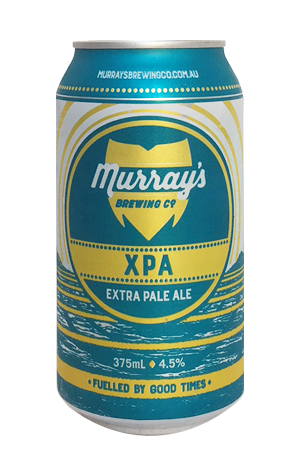 From being nothing and nowhere, the XPA style has become one of the big achievers when it comes to crossover craft beer successes. With its key tenets (for most brewers anyway, as it's a loosely interpreted style at this stage) being that it’s light enough to appeal to the everyman, registers high enough on the hop scale to interest those accustomed to a little more flavour and also comes across eminently quaffable, this is increasingly a style you’ll find on many a not-quite-crafty pubs.

As of 2018, you'll also find one in Murray’s core range. It’s a golden, unfiltered beer that’s something of a bridge between their Whale and pale ales, based as it is on a fairly light, lager like malt base and using American hops to serve up fresh, floral and lemony features before easing into a moderate bitterness.