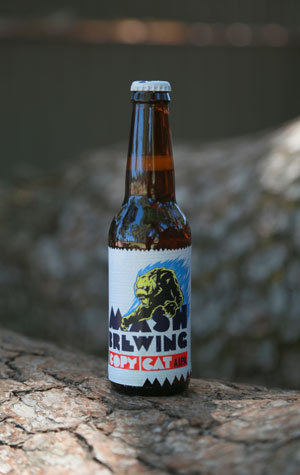 One of the earliest releases in what become an ongoing bit of tongue-in-cheek rivalry with Swan Valley neighbours Feral has become the beer for which the brewery is arguably now best known. In part, that's down to the Australian International Beer Awards in 2014 when it took out Champion Australian Beer, the most prestigious title a beer can claim on these shores.

The beer was conceived by then head brewer Charlie Hodgson as his take on the American IPA style that was on the rise at the time and, clearly, he nailed it. It does what you'd want from such a beer, layering on heaps of tropical and piney hops while keeping things in balance with just enough malt sweetness. It's continued to collect medals since, proving you don't always need to be original as long as you're good.