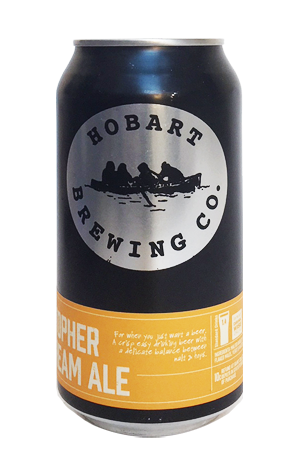 Given its prominent position within Hobart and the regular gigs and other well attended events it hosts, Hobart Brewing Co is a venue with a need for an easy-drinker in its core range. And that's where Saint Christopher – aka "The Traveller" – sits.

It's a cream ale where everything is served up in small doses: a little bit of fruity esters, some bready, cracker like malts and little in the way of hop aroma or flavour other than what they contribute to the crisp and dry finish. There's more body than you'd find in a lager of similar character, but nothing to detract from its role as the brewery's session beer.