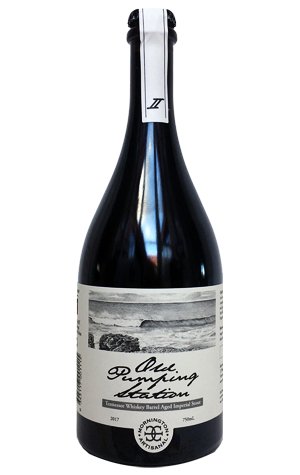 Mornington Peninsula Brewery's Imperial Stout has long been one of the finest to appear each winter. In 2017, they gave the beer an added layer of luscious deliciousness in the form of Old Pumping Station, a shiraz barrel aged version that, like Jude, took a rad stout and made it better, landing in our Best New Victorian Beers of 2017 too.

In 2018, they've repeated the tactic. Except they haven't. Well, not exactly, anyway. Instead, they've taken a portion of their Imperial Stout and aged it in former Tennessee whiskey barrels. And, where OPS I felt like it had augmented the base beer, here it feels like it's been taken somewhere else entirely. The experience isn't just more intense but adds heaps of toasted oak, vanilla, spicy dark fruits, a roasted nuttiness and plentiful reminders of the barrels' past resident, creating an experience not unlike a dense, fortified dessert wine, albeit one that retains the original beer's dense, chocolatey heart.

And other good beer venues in VIC, ACT, NSW & QLD