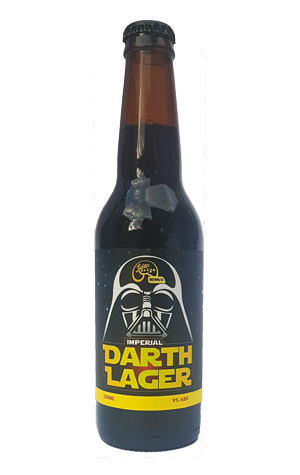 For the most part, Little Rivers, found in Scottsdale in Tasmania's north east, likes to produce traditional, European inspired beers. Among such beers in their core range is the Dark Lager, a softly spicy, malt led spin on the German Schwarzbier.

And now it has a bigger cousins as, for the brewery’s winter 2018 release, they have created Imperial Darth Lager. Named for a particularly devoted Star Wars fan in the brewery, the seasonal is as big a beast as the character adorning its labels, weighing in at no less than 9 percent ABV. Those who know Little Rivers’ Dark Lager will find a beer possessing an extra thickness on the palate and boozier impact too, along with aromas and flavours of chocolate and a caramel sweetness that nudges into molasses territory.