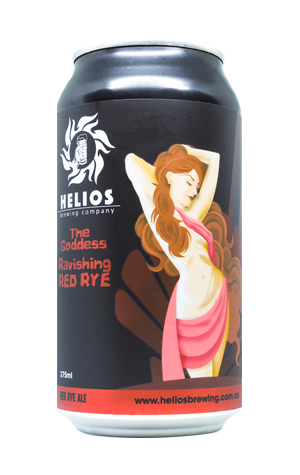 For some reason, Aphrodite is usually portrayed as having blonde hair. (We’ve probably got you to blame for that, Botticelli.) But perhaps she’s really been a redhead all along.

When designing the recipe for Goddess, the brewer began with a recipe for an Irish export red ale, then added a little rye into the mix, which introduced some spice to offset the malt sweetness. He also changed the hop schedule to include Australian hop additions all the way through the process, raising the aromas and bitterness to add complexity to this beer. Ripe red fruits and a little zest bring a pleasant burst of freshness, before settling down to a manageable lingering bitterness.