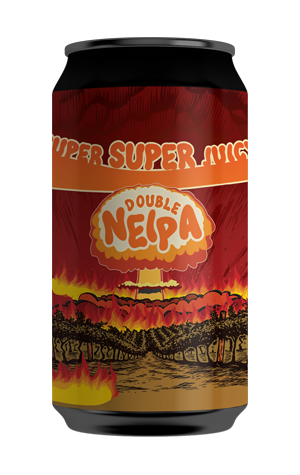 The Hope brewers haven't gone to the extreme lengths of, say, 3 Ravens when it comes to seeing how far and wide they can take the New England IPA style. But they've not been shy in exploring either, with a wet hop NEIPA brewed for GABS and, now, with Super Super Juicy Double NEIPA, taking the number of variants to four.

As the name suggests, it's the biggest of the four to date, with Super Super translating as a round 10 percent ABV. It doesn't rate overly highly on the MT scale (Murky Turbidity) compared to many beers of its ilk, but it comes packing plenty of tropical fruit aromas, intense citrus led flavours and little in the way of bitterness, albeit with the booze adding bite in its place.

There's a creamy, almost vanillin or coconut oil thing going on too, something we've picked up in the odd big NEIPA before, in what's essentially full-bodied, boozy fruit juice.