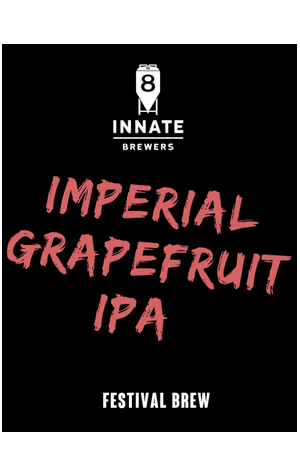 Innate’s recent release for the Perth Craft Beer Festival now gets a wider release. Essentially a variation on its best-selling seasonal Watch This Space, Imperial Grapefruit IPA does exactly what it says on the label, however the sum of the parts presents something rather more.

Yes, it’s imperially minded, with a sizeable but integrated booze that provides a creeping warmth, yet this remains playfully cohesive. The addition of ten grapefruit per keg, in peel and juice, conveys the purest expression of the fruit in recent memory outside of simply eating one - it’s quite remarkable – while the IPA element brings a suitably confident bitterness along with more citrus and pine.

Keep an eye on Innate's socials for stockists