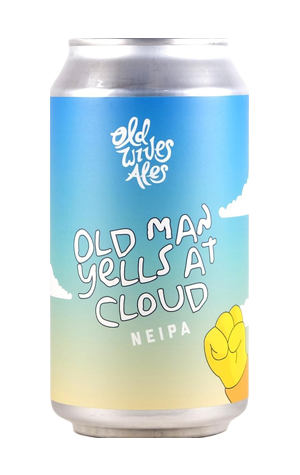 Of all the New England IPAs to have made use of puns invoking the style’s hazy appearance, the Old Man Yells At Cloud NEIPA from Old Wives Ales seems to have really captured something in the fist of Abe Simpson. Maybe it’s the fondness many Australians feel for the The Simpsons, given how many beer drinkers will have been raised on heavy doses of the show. More likely, it's the way the name references the upset the rise of such beers caused among many brewers, often with plenty of kilometres on the clock.

As for what’s inside the can, it’s a beer that pours pale and hazy and mixes US Mosaic hops with Australia’s Ella and Vic Secret. It’s a combination that brings mango and passionfruit together and produces a juice like, prickly texture amid the beer’s soft mouthfeel. What's more, it's proven a winning combination with the beer making up a significant majority of the gypsy operation's output.