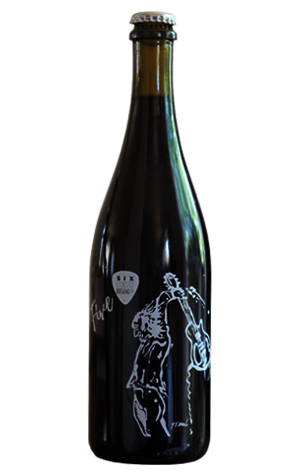 It’s almost impossible to identify with any real degree of accuracy, but at some point during the life of a business there comes a time where you can’t imagine it not being there. You’re so used to it that you probably take it for granted. By that point, you’ve almost certainly forgotten what it was like before it existed. That’s what’s so good about an anniversary, the chance to reflect.

When the Six String Brewing Company opened its doors in Erina in 2013 there was nothing else like it for miles and miles. Small scale, locally brewed beer. Back then, in this part of the world, people didn’t really get it. Not the council, nor the community. The would-be brewers had tried for three years to find a site but got knocked back again and again. It’s hard to say now what got them through – some combination of perseverance, blind optimism and righteous belief most likely – but they eventually found a home. Five years later, the brewery is a Central Coast success story.

The brewery has expanded, the beers are sold across the country and the business has spawned a second venue: Sounds On West. They employ locals, collaborate with local businesses, make beer for the Mariners and sponsor festivals. The brewery is named for the founder’s fondness for shredding the six string bass guitar, so they love music and musicians. Always have, always will. Their annual anniversary ale is the embodiment of this.

Named simply for the age of the brewery upon its release, it’s a Champagne bottle filled with a big beer of some kind – double IPA, Strong Ale, Tripel, Scotch Ale. Whatever the style, it tastes like brewers rocking out. Five is the 2018 edition and it’s a beer based on their Gothic Imperial Stout but aged for four months in Jack Daniels whiskey barrels. This much is obvious the moment you knock the top off the bottle to be greeted with the pungent aroma of bourbon. That character carries through to a palate that’s oaky and pleasantly boozy but keeps its rhythm through a combination of bitter chocolate and stewed fruits. There’s no doubt this is a big beer, but it’s been made for a big milestone.