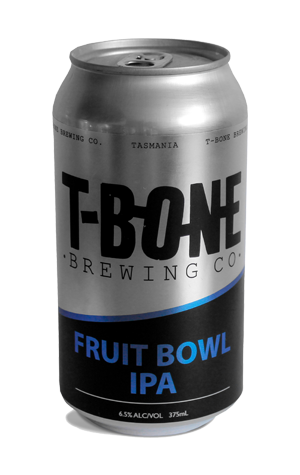 While there’s plenty of IPAs in the world of beer that are loaded with fruit, T-Bone’s Fruit Bowl is instead named after the platter of fruits served up by the hops added at various stages – late and dry-hopping – throughout the brewing process.

When you use a combination of Chinook, Cascade, Centennial, Simcoe and Amarillo, it’s little surprise it delivers the punch it does. Keeping the malt body restrained, it’s a beer in which flavours scurry between one another, from Starburst lollies to citrus, stone fruit, fruit salad and melon.