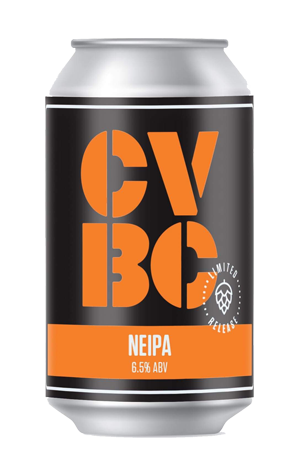 Clare Valley continues to showcase its growing fondness for limited release beers with the launch of two at once. It's a pairing that sees them playing around with two of the most recent IPA variants to catch fire, in the shape of a NEIPA and a Brut IPA.

The NEIPA unleashes a tirade of hops – El Dorado, Ekuanot, Mosaic and Galaxy – upon a base of pale malt, wheat and oats to create a beer with trademark haze and fruit bowl aromas that stand up and punch the drinker in the face. The first blow comes in the form of a huge passionfruit whack, followed up with a mango-orange one-two combo. To seal the deal, some pineapple lands right below the nose, completing the tropical punch.

The beer's light orange colour adds to the Caribbean party vibes, while the juiciness continues on the flavour front, a mix of the aforementioned tropical fruits. Some bitterness that lingers at the back of the palate and a touch of sweetness upfront complete the picture in a beer that finishes dry while, at 6.2 percent ABV, punching above its weight.

Read about the Brut IPA here