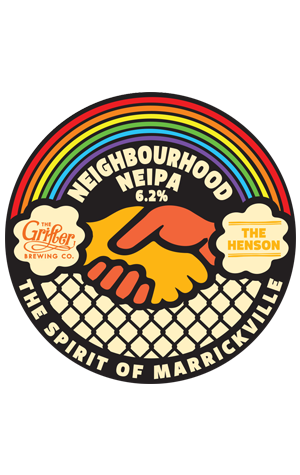 It’s a nice thing to have nice neighbours. The Grifter Brewing Company and The Henson are neighbours and they’re both nice. So they’ve made a beer together and it’s nice too.

What they’ve made, specifically, is a very, very hazy New England IPA. It looks filthy, but it tastes the way sunshine feels on a winter day. Not summer sun, because summer sun is intense. This is a little gentler, more subdued. There are hops, of course, in lavish doses, and they serve up their tropical fruit character as if on a platter. But there’s a welcome softness in the way it’s all delivered, so that you’re not left reeling or rasping at sweetness or bitterness. There’s a lot to be said for balance. And for a nice neighbourhood.