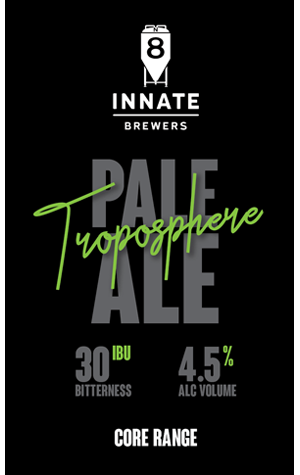 While initially evoking thoughts of the mid-90s Pauly Shore vehicle, Biodome, the troposphere is actually the lower layer of the earth’s atmosphere, one which appears as various shades of orange when viewed from space should you ever be lucky enough to take a trip there. While the intention behind the name of Innate's new addition to its core range was to conjure thoughts of a more tropical bent, the colour of the troposphere isn't far removed from what arrives in the glass.