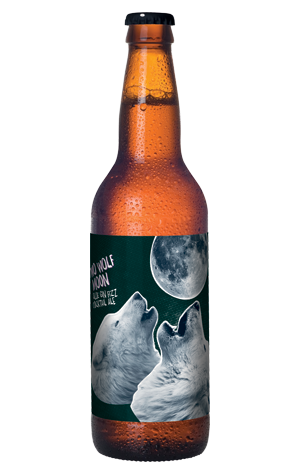 As we've written in the past, while they're relatively scarce compared to beers featuring some other spirits, local brewers' partnerships with the world of gin have tended to prove rather successful. Among those to impress in 2018 was Wolf Of The Willows' Tom Collins-inspired GABS festival beer. It was created with Brunswick's Patient Wolf, who have now embarked on a second canine (or at least canine-lupine) collaboration as the year winds down.

It's a rather different beast to that debuted in May, not least as it's around twice the size, but also due to the way the worlds have collided. Here, to give the beer a festive twist, the distillers soaked sloe berries in gin before they were added to a pale base beer given added citrus injections via Lemondrop and Astra hops and a dash of lemon juice. There's a faint pink tinge to a beer with aromas that flit between botanicals, soft berry fruits and lively lemon. With just a little light malt sweetness and not much in the way of bitterness or dryness, you're left with a perfumed affair rather gentler than the 8.5 percent ABV would suggest.