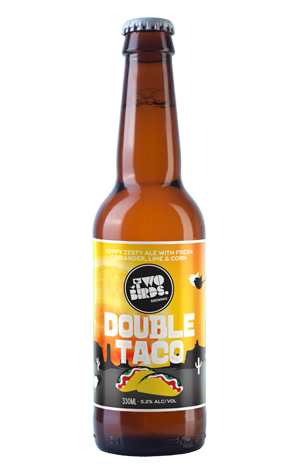 The rise of the beer advent calendar and the lengths many of those behind them go to in order to source brand new beers from brewers is threatening to turn December into a mini-May. And, no, this isn't an obscure reference to the British sitcom that ran from 1989 to 1994 (the usefulness or otherwise of obscure pop culture references from 1980s Britain was made abundantly clear to He-Man during his recent WA Beer Week appearance with Beer Sucks). Instead, it's a rather more straightforward reference to GABS and how it creates an even higher than usual preponderance of new beers on the market in its wake.

With similar embargoes placed upon brewers providing surprises for the calendars, the beers are only allowed a wider release once they've been unveiled. Such as Double Taco from Two Birds Brewing. The Spotswood crew souped up its cult favourite, delivering "more corn, coriander and lime" than before in a beer weighing in at 7 percent ABV. It's a little darker in colour, with a more intense sweetness and warmth and a bigger hit of lime. Or, as the Two Birds team puts it: "It might have been a party before, but now it's una gran fiesta!"