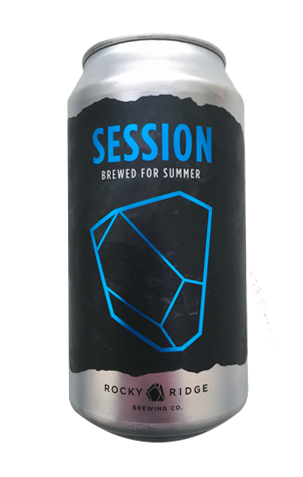 Over the first two years of Rocky Ridge’s life, there have been times when releasing brewery-only beers has almost appeared like an afterthought, such has been the volume of collaborations. When they do release something of their own volition, it’s usually close or above double digits in terms of booze content, has sat in barrels for months or swells with half of last summer’s hop crop. You’d be forgiven for wondering whether there’s actually a core range at all; well, yes folks, there actually is one and this little number may well join its ranks.

Its approachability and sessionability make it a sensible balance to some of the more creative pursuits from the Jindong team. So, what is it exactly? Session sits comfortably as a modern Australian, "summer hop" driven beer with a tropical nose, light malt base and low bitterness. To be honest, it’s startling in its own way, not least that releasing an approachable warm weather crusher may well be the most anarchic thing that Rocky Ridge could possibly do at this stage in its evolution.

Available across WA wherever you find Rocky Ridge beers.